The Meditation Intensive I was not at

Durgananada and Natji left me all by myself for the whole day! That was horrible. I felt so lonely and bored. Then, being a very ingenious cat, I came up with a wonderful idea. As usual, I wanted to go with them but, as I’m a cat, there are many programs I am not allowed to attend.  This particular program was a shaktipat meditation Intensive at the Ashram. I really wanted to go because, if
Read More

Meditation comes very naturally to me because I am a cat.  When I first began to meditate I thought I was just taking a little cat nap. Then, after attending Durgananda’s meditation courses, I began to realise that I was actually meditating. I was going deep into myself, beyond my claws and under my fur, and connecting with the part of me that is full of love and energy and is in a constant state
Read More

As some of you may know, Durgananda and Natji have been overseas and, being a cat and all, I had to stay in Australia. I wasn’t really okay with this (but I won’t go into that until I resolve a little more of my feelings about being left behind). While they were away I ended up staying in a couple of different locations. I did get well fed and cuddled, but I didn’t have as
Read More

Last night I decided to explore the puja a little bit more. Durgananda was fast asleep and I knew this would be a good opportunity to go places I don’t usually have permission to go. During the yoga class earlier in the evening, I had become very aware of two beautifully carved wooden objects on the puja and I wanted to take a closer look at them without getting disturbed. Durgananda says that, once you
Read More

I had a fabulous Shiva Process Self-inquiry group last night. I think I’m really starting to get a hang of things. I’m thoroughly enjoying exploring my cattiness and the relationship between thought and feeling. I arrived early and brought an offering with me for the puja (a flower that I had furtively seized from the other room). I left the flower in front of Durgananda’s chair as I couldn’t reach the puja and took the
Read More 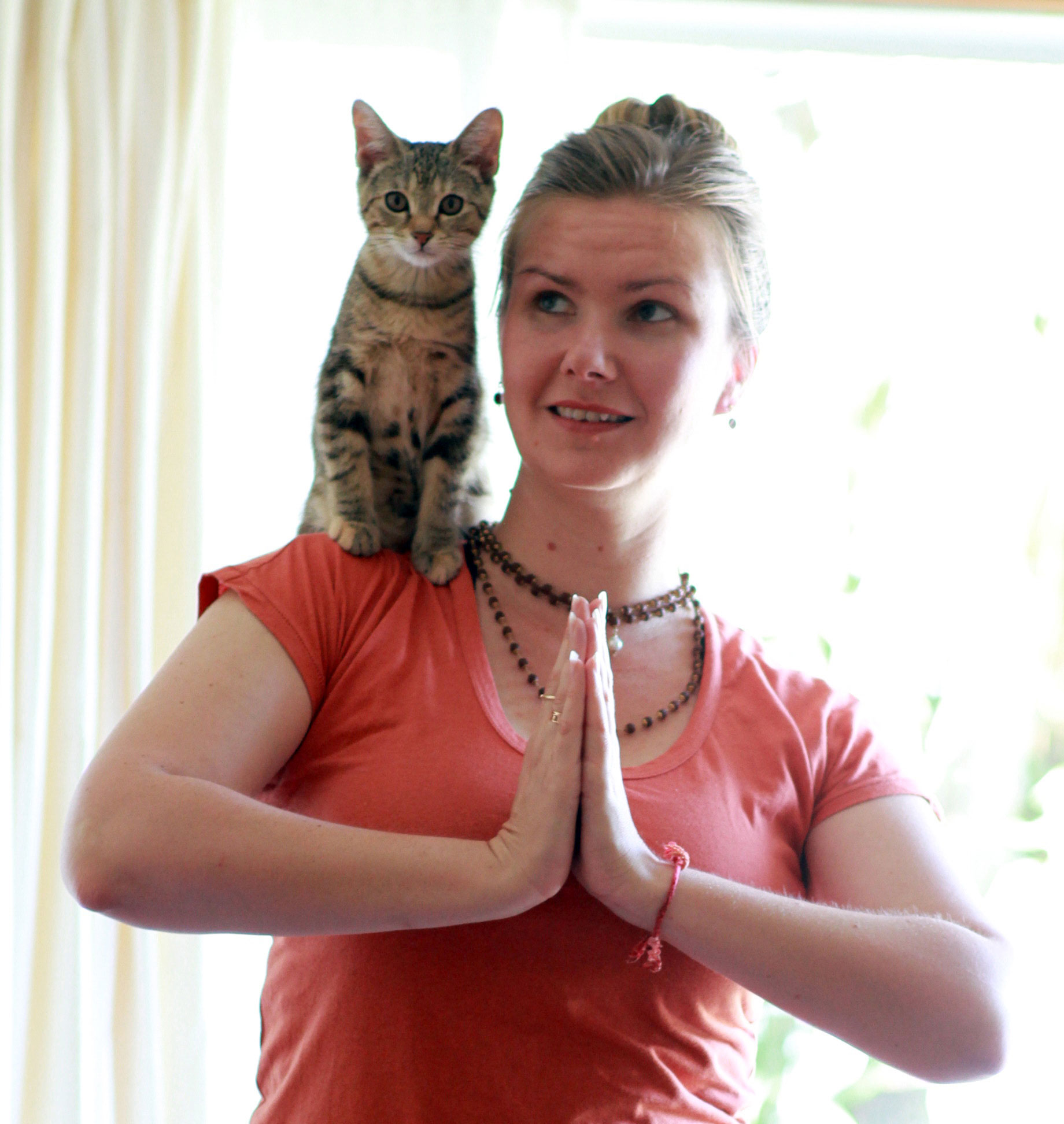