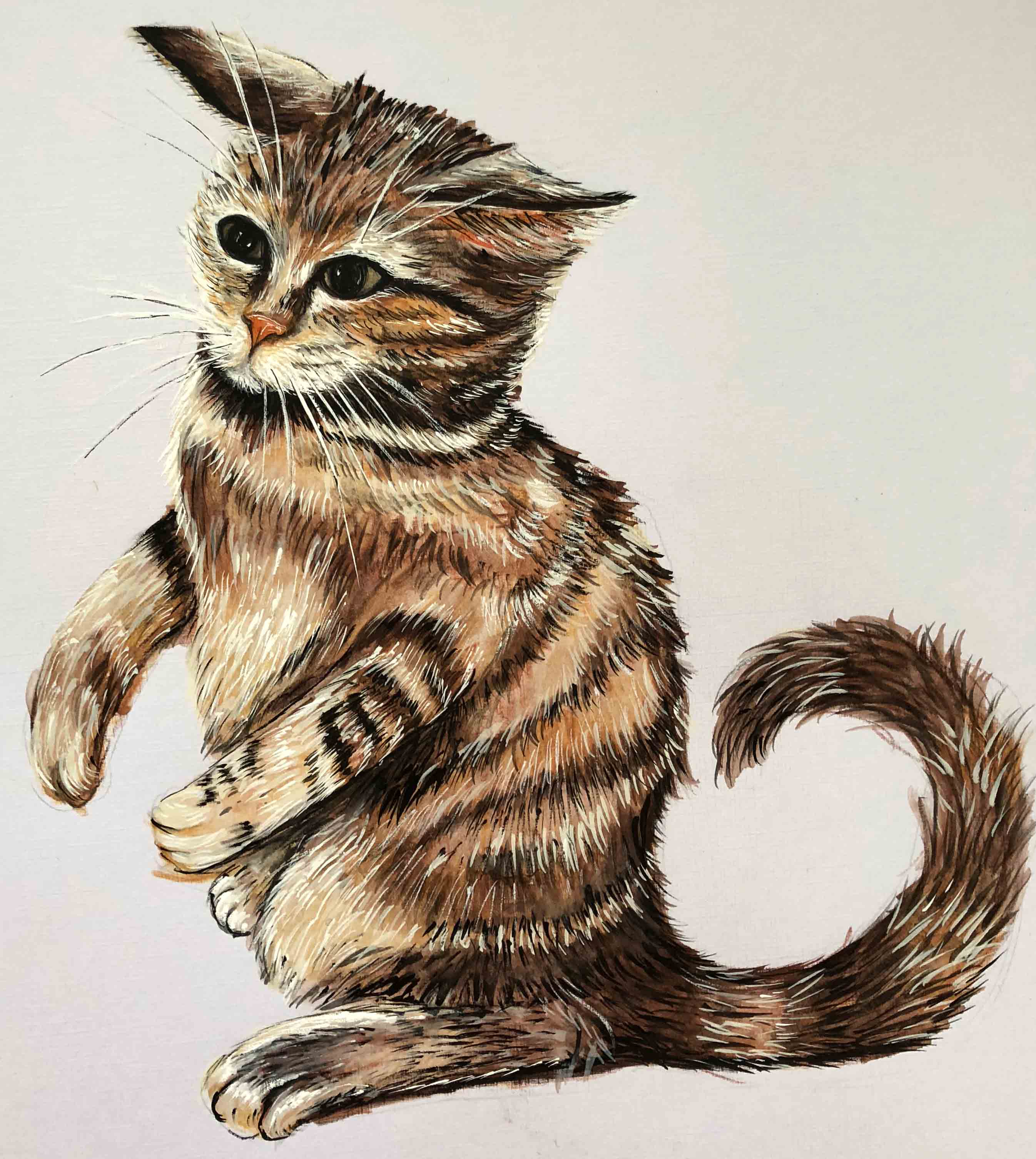 The Self-inquiry process is to go into your inner world and work with any uncomfortable feeling in order to release that horrible contraction and return to a space of good feeling (it’s a little like removing burrs from your pristine fur coat).  You investigate, recognise and transform feeling through the power of awareness. Sometimes during investigation you get very close to something in order to recognise what it is and at other times it can mean just being still and watching what is going on. I love to sit and just watch what is going on, and I also love to put my nose into every nook and cranny to be absolutely clear about what is there. Occasionally I can forget that, in Self-inquiry, I am meant to be investigating and sitting with what is going on inside my inner world and I follow my outer-world interest instead.

A little while ago, at a Self-inquiry session I attended, I got burnt.  Not emotionally burnt like some people get when they indulge in their negative tendencies, but physically burnt. Rather than sitting with what I was observing I decided to get very close to it. During the group I was looking around the room and a sparkle caught my eye.  I left the circle and went to investigate. There was a curious flickering occurring on the puja.  I thought perhaps this flickering was what Durgananda was talking about when she spoke about the sparkle of chitti, of consciousness.

This flickering was incredibly alive and vibrant. I got massively excited.  I thought, I can see the upward shift in action, I can see the spanda principle, I can see the inner expansion of energy - of consciousness. This is what we are searching for during Self-inquiry. Carefully and very gracefully I stalked over to the puja and elegantly leapt up onto it. (I’m not really allowed to do this, but I thought, “This is an exceptional circumstance – Spanda is manifesting here”). I was a little awkward as I circled the flickering as I didn’t want to disturb the deities on the puja. I sniffed, I looked, I sniffed again. I felt the feeling and then I moved closer.

I felt warmer and very, very interested. “Ahh…” I thought, “this is what Durgananda means about interest. The Shakti is stronger when you are interested”.  I moved even closer and the heat grew. I moved just a tad closer, mesmerised by the flickering. I raised a paw to see if I could touch consciousness. What would the spanda principle feel like? My paw was nearly in contact with the spanda, with the Shakti…

I was just about to capture consciousness when I was captured instead. Natji’s hands circled my navel and drew me swiftly away. Meohhhh the disappointment, I was so close to touching spanda.  I wanted to smack Natji. How could he do this to me, how could he be so cruel and heartless?  Instead, I glared at him, and pushed my strong back legs into him until I could wriggle out of his firm grip.

My investigation was over. I felt very annoyed. No recognition, no transformation, just disappointment and irritation.  Not wanting anyone to see how disappointed I felt, or how embarrassing it is to be a cat that can be picked up and moved so easily, I started to wash myself and tried to calm down. Then, a new investigation began.

I smelt an abnormal smell. Perhaps the feeling of disappointment has a stench. How odd! I kept washing myself and investigated further. The stench grew stronger.  That was when I realised I’d been burnt.  I had a flash of recognition: The flickering consciousness on the puja was actually the flame of a candle. And my whiskers, my beautiful long, elegant whiskers had been singed.  It wasn’t my bad feeling that smelled (though sometimes I do find that humans with bad feelings have a terrible smell) – it was my singed whiskers.  I felt terrible. I had had a completely wrong understanding about Natji’s behaviour. Natji wasn’t trying to be cruel or to embarrass me – he was protecting me. Thank goodness Natji had stopped me from putting my paws in the flame.

Through recognition, through right understanding, my feeling of disappointment transformed into relief. I felt loved, I felt cared for.  I felt grateful. I felt like giving love. I climbed up onto Natji’s lap and began to purr. I snuggled deep into my inner world and rested into the bliss consciousness.  Ahhh… This is the purr of the Upward Shift.