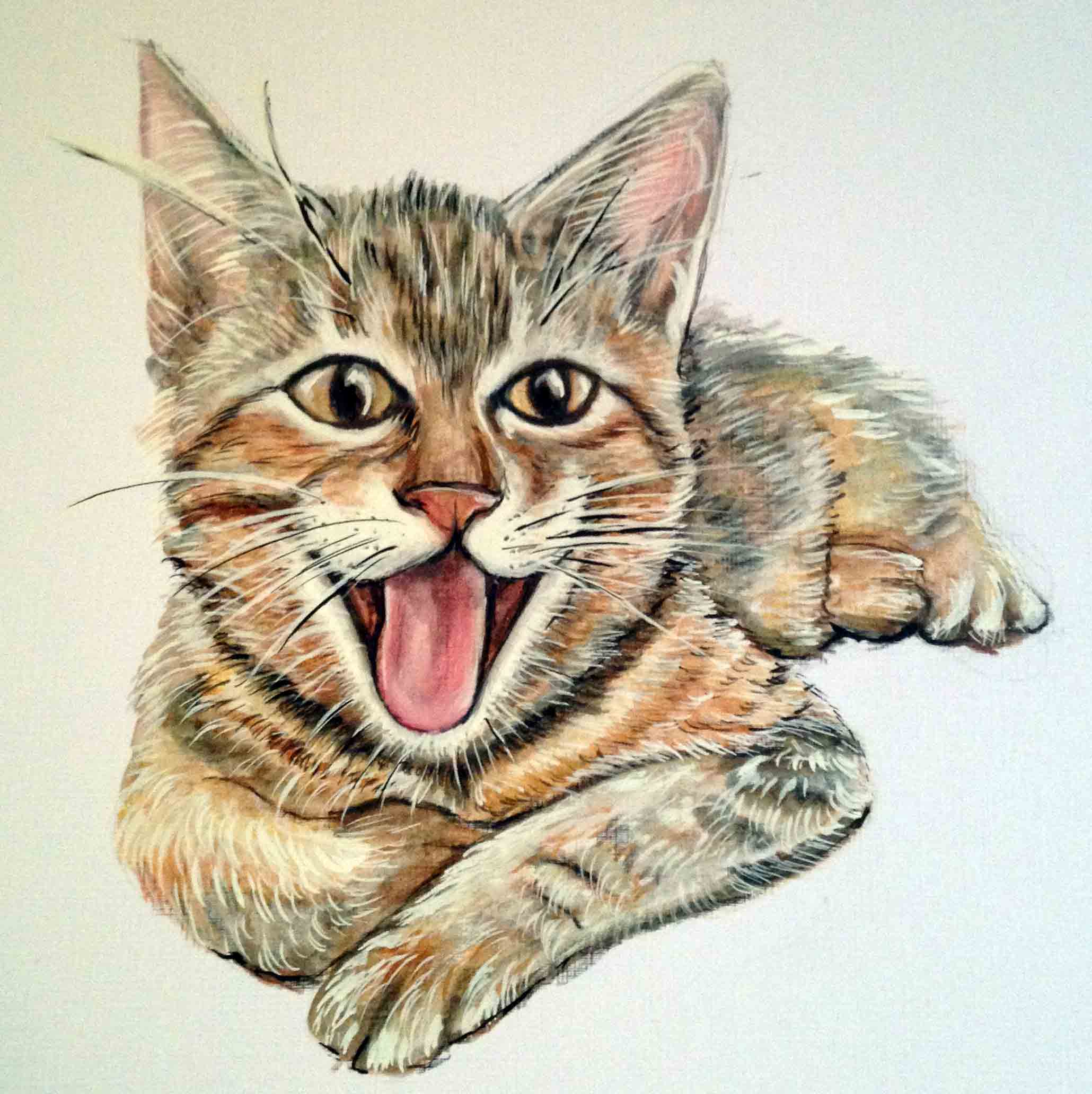 Today was another exciting day for me as I learnt more about Puja. I love Puja because I get to toss flowers and petals and Durgananda doesn’t reprimand me for it. For those of you who don’t know, Puja is a form of worship, where you say mantras, wave lights and make offerings – flowers, food, other objects – to a deity of your choice in order to invoke their grace and receive blessings.

Today Durgananda was putting together information about a Shakti Puja, a puja to invoke the blessings of the Goddess in all her forms. She was researching the Goddess Kali, a fierce, primordial and powerful form of the female energy. Kali is both fiery and deeply loving. I find this terribly thrilling. You see, I can feel a lot like Kali. I’m wild. I’m beautiful. I have a gorgeous red tongue. I have sharp claws and teeth that cut through anything. I’m full of love and extremely energetic, especially when I’m in touch with my primordial nature and run wildly through the garden destroying all obstacles in my path. To be more spiritual about this: perhaps, like Kali, one day I will also find the demons of the ego and ignorance and slice their heads off. What fun that will be.

I’ve also heard that Kali accepts anyone who turns to her, even vagabonds and bandits. As you know, one of my middle names is Bandit so if I worship her, Kali is well and truly obligated to accept me, even if I am only a cat.

While she was researching the Goddess Kali, Durgananda repeated the Goddess mantra: Om Aim Hrim Klim Krim Shrim Dum Parashaktyai Namah and I became filled with Shakti. I had been peacefully meditating on my chair in the sun when I heard this mantra and an electric bolt of energy shot through me. I felt fierce and ecstatic all at once. I leapt off my chair and onto Durgananda’s desk to get a closer look at what she was reading. She was reading about the Goddess’s 1008 names. Her desk was stacked with different books and scriptures and they all seemed to vibrate with energy, a lot like a puja does. I was so interested because this appeared to be another source of Shakti and I am always on the lookout for things that increase Shakti.

Then the phone rang and Durgananda left the room. I leapt onto the bookshelf to see if there were any more books I could study. There were a lot, but they were quite difficult to read, so I put my Kali-like teeth into action and tried chewing them instead, hoping that by ingesting their pages I would absorb their wisdom. Unfortunately for me, gnawing on books seems to upset Durgananda and she put them all back on the bookshelf and shooed me out of her office. But before she did this I managed to read a passage from the Gospel of Ramakrishna and discovered, to my great delight, that everything (including me, a cat) is actually the divine mother, is consciousness…

Can you believe that? A cat, a small furry creature, with sharp teeth and claws is also a Goddess? I wish everyone would recognise this in me. Durgananda says I have to recognise it in myself first. We’re all divine creatures - it is just that we’ve forgotten it. Ignorance has clouded our vision. If I am a Goddess, then I want to remember who I really am. I think I might make a Puja to worship the Divine mother and invoke the Shakti so that I too can awaken the Goddess in me.