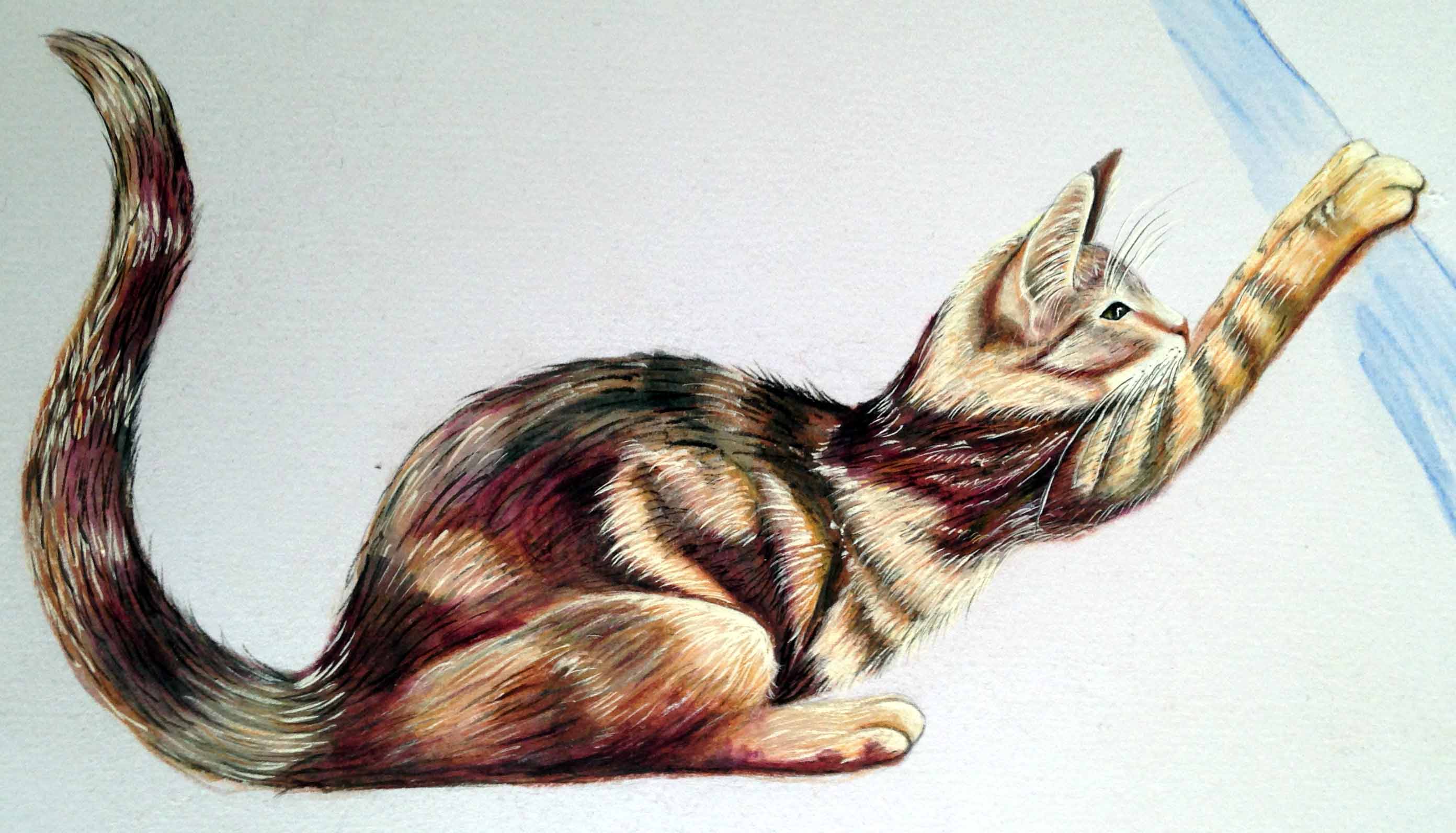 Today I’d like to tell you about hatha yoga. Getting into the yoga class was a little harder than getting into the Self-inquiry group. I think it is usually the other way around for humans. Durgananda has been running a Back to Basics Yoga course and I really wanted to attend. Luckily for me, when she asked the other participants – on my behalf – if I could attend, they all said yes. I joyfully entered the room and explored all the yoga equipment: different props, blankets, blocks, mats, bolsters, eye pillows etc. I found them to be so exciting and filled with so many possibilities.

The class began but I didn’t realise. Everyone settled down on their mats and got comfortable. I didn’t understand that the class began with a short relaxation – a quiet time – used to become present and get in touch with where the body, mind and heart are at. I thought it was a time to play. I tried to play but was completely ignored. In fact, I was so ignored I actually started to feel a bit freaked out. At one point everyone was so still and quiet, resting in Shavasana (the corpse pose used for the beginning and end relaxation in a yoga class) that I thought they may really have become corpses. I went to check if people were still alive. I patted Vidya and Kara on the face until they responded and I got a few giggles from them. I was so very relieved. I continued around the room in this manner until I got to the last person, Natji. He responded quite startlingly: I got swiped! Can you believe that? I jumped back in fright and farted. That was the final straw for Durgananda. She removed me from the room and told me to behave properly and in keeping with the dharma (appropriate action). Sometimes I think she’s a little too strict with me.

The door shut in my face. I tried to get back in but, no matter what I did, no matter how hard I pushed with my navel, the door would not open. I finally gave up and this gave me time to think about my actions. It is possible I gave Natji a shock as I did try to pull his nose off his face. But whatever his shock, it was not as big a shock as when he swiped me. It just didn’t seem fair that I was in the wrong. Still smarting, with a sigh of frustration I went around to the frosted doors to watch as much of the class as I could. I figured I could get some benefits from simply observing. As I sat there, I remembered my shifting statement from Self-inquiry group, ’I surrender’. As soon as I made the statement my feeling changed and the most amazing thing happened. Durgananda came out and got me. She said I could come back to class as long as I behaved.

I came in and very quietly came and said hello to everyone. They were all in Uttanasana, standing forward bend. I really wanted to smack Mick’s third eye because it was so contracted but I resisted. In the end I didn’t need to because he said that yoga had released all the stress he was carrying. It amazes me how much humans worry. Durgananda says that her teacher, Swami Shankarananda, says that worry is a useless mental activity fuelled by tearing thoughts. People try to justify it by pretending that they are planning. I think humans should just do more yoga. After checking out everyone’s asanas I found my own asana, a pile of yoga blankets close to Natji. I did a few cat cow stretches (which I’m naturally very good at) with the rest of the class and then I settled down to watch. It’s remarkable how much I learn just by being present. When I allow myself to be completely in the moment I have so much energy, peace and clarity.

During the final relaxation I knew – this time – not to disturb anyone. Durgananda guided the room through a deep relaxation. I was overjoyed – she used the Hamsa breath meditation. Hamsa is my name and I’d like to think she did it for me. I participated fully. Purring deeply and letting the energy of the breath silence my mind and dissolve all thoughts of chasing possums. As the energy of the breath came over me the last knots of tension dissolved and I felt myself merging in union with the world and finding perfect harmony with the environment around me.