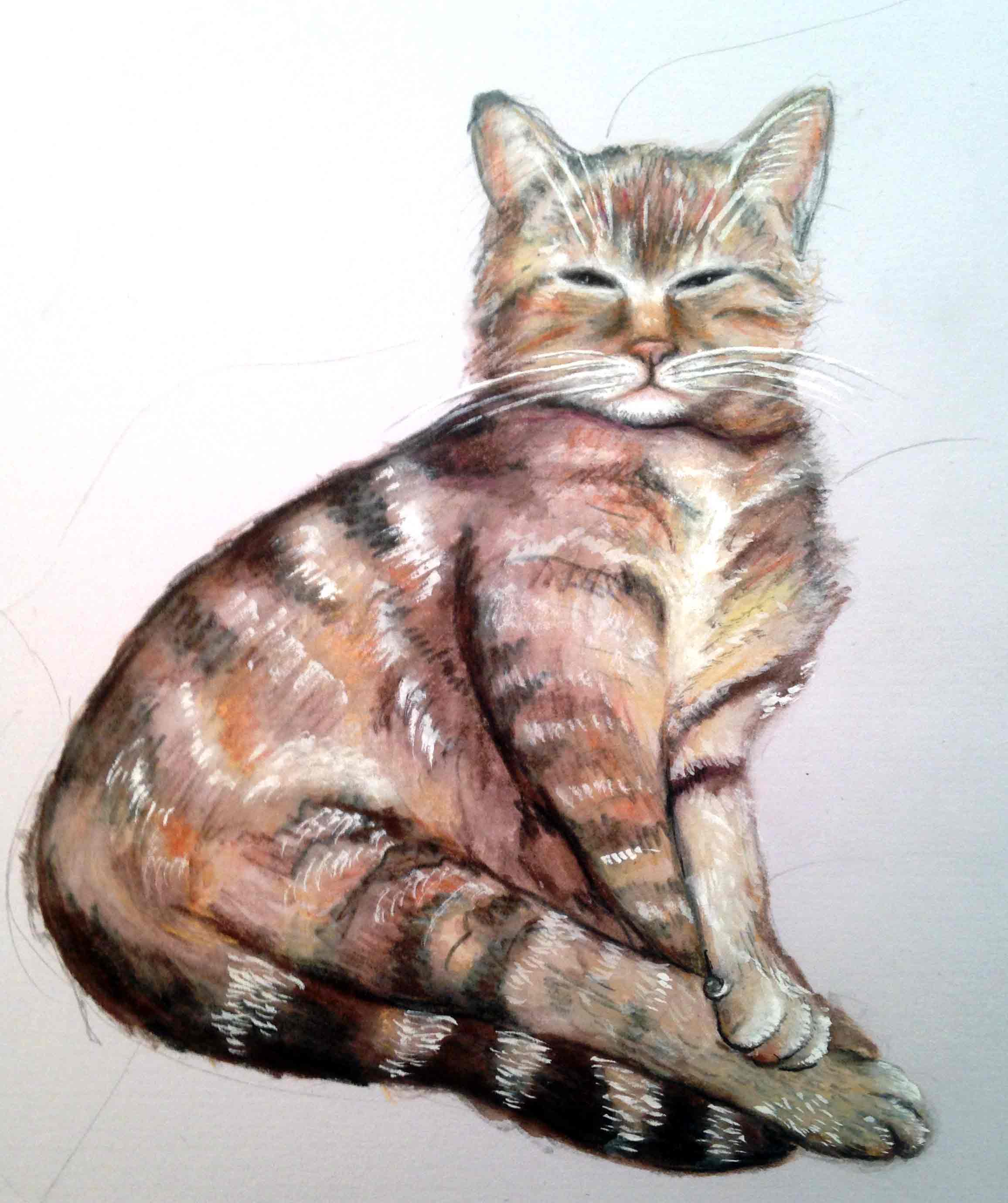 Let me begin by introducing myself. At the start of this year I had the extreme good fortune of being adopted by Swami Durgananda and moving into the Yoga and Meditation Centre: The Space of Good Feeling in Maribyrnong. I had no idea when I attached myself to her at the cat rescue centre that I was about to embark on a spiritual journey. I just knew that she was the human for me. Durgananda took me home and, for the first time in a very long time, I felt safe.

It took a little while before Durgananda gave me my name. I think she wanted to make sure that my name suited me and was a true reflection of my deeper nature. She consulted with other humans who met me. Her brother suggested the name Cactus as I am very prickly when my claws are out and he said that if I scratched him one more time I would be cactus. Luckily for me, Durgananda rejected this superficial name. Natji, who also spends time with me, had some suggestions. He wanted all the facets of my personality reflected and accepted. Knowing that I was fully accepted made me feel very relieved. I didn’t have to try and pretend to be anything other than who I am. The name I finally received was: Hamsa Bandit Spanda Katikas. Occasionally Bandit has the prefix of Psycho. I think this occurs when I forget that I am actually a yogi cat and not just a wild animal, driven by unprocessed negative tendencies.

Hamsa (pronounced humsah) is the name that I am usually called by. Hamsa is the sound of breath and is a technique that is used during breath meditation. Hamsa is a Sanskrit name.  Ham means ‘I am’ and Sa means ‘that’. Ham and Sa link the inner world with the outer word. I experience Ham and Sa when I purr. Then, my inner being is in purrrfect harmony with my outer world. I feel at one with everything and as I purr I find myself dissolving in Hamsa, the bliss of the breath, the bliss of the Self.

Sometimes when Natji is here he also calls me Hum or Hummi. I think this is one of those Australian things where every name gets as short as it possibly can (I think it’s a sign of affection). I prefer to think that Hum or Hummi is actually OM. OM is a Sanskrit word that represents the entire universe. It is said that if you flew here from another galaxy our universe would be humming with the sound of OM. I think this name is very fitting for me as I’m fairly certain I am the entire universe and I would like to think that Natji is saying that I am the centre of his universe.

Bandit or Psycho Bandit is my shadow side, my unrevealed and perhaps unconscious side. Durgananda says that this is the part of me I have to explore and bring into the light if I am to progress spiritually. She also says I need to not have tearing thoughts or beat myself up when I have the desire to attack and bite the hand that feeds me. Sometimes I just can’t control myself and lose myself entirely in my negative tendencies. It is kind of like my tendencies are stronger than me. This is when Durgananda reminds me that I am a Yogi cat. And when this starts to happen I just have to be aware of it and try to channel the energy in another direction. This is often when I run rampant around the centre, racing in circles until I return to peace.

Spanda Katikas is in honour of the Shaivite sutras the Spanda Karikas: Stanzas on Vibration, an ancient yogic text written in Kashmir between the 9th and 11th century. Many wise teachers have written expositions of the Spanda Karikas, including some in English. I often feel full of spanda, the divine pulsating energy of the universe. My mere existence is a stance of vibration. I am definitely a cat full of energy and am planning to record my own commentary on the Stanzas of Vibration as I progress in my life. In the meantime, I would like to share with you my current experience of Sadhana (spiritual practice).